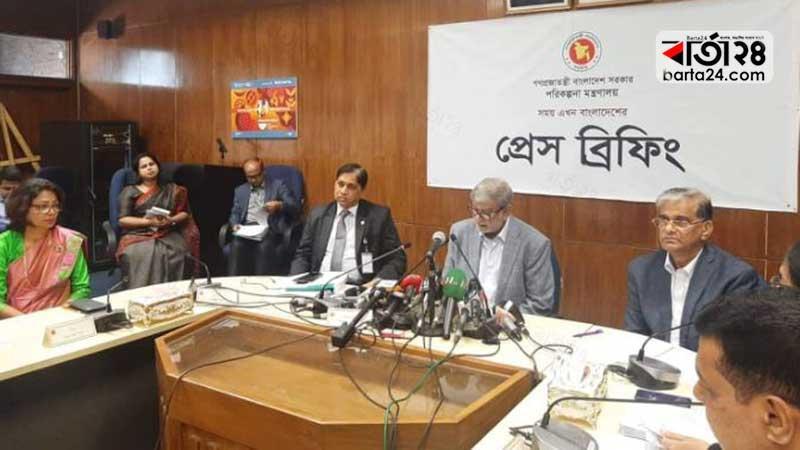 The Executive Committee of the National Economic Council (ECNEC) approved nine projects with an estimated cost of Taka 13,639.01 crore.

The approval came from a meeting of the ECNEC with ECNEC Chairperson and Prime Minister Sheikh Hasina in the chair held at the NEC Conference Room in the city’s Sher-e-Bangla Nagar area on Tuesday (Feb.18).

Briefing reporters after the meeting, Planning Minister MA Mannan said that a total of nine projects were approved involving an overall estimated cost of Taka 13,639.01 crore.

“Of the total project cost, Taka 8,886.44 crore will come from the government of Bangladesh portion, Taka 293.16 crore from the concerned organization’s own fund while the rest of Taka 4,459.41 crore from project assistance,” he added.

All the approved nine projects are new projects.

Mannan said the Mongla Port Authority under the Ministry of Shipping will implement the Mongla Port capacity enhancing project in a bid to ensure modern facilities for the port users.

The planning minister said apart from meeting the growing local demand of container handling, importers from India, Nepal and Bhutan would also be able to use this port.

Planning Commission officials said once this project is implemented, it would be possible to handle additional 15 million tons of cargo and 4,00,000 TEUs of containers.

They said the project to upgrade the Mongla Port has been drafted and thus given approval by ECNEC considering the up gradation of Dhaka-Mawa-Mongla Highway, the special economic zone adjacent to the Mongla Port, Padma Bridge construction, Khan Jahan Ali International Airport, Extension of Mongla EPZ, construction of Rooppur Nuclear Power Plant.

Ministers and State Ministers attended the meeting while Planning Commission members and secretaries concerned were present.