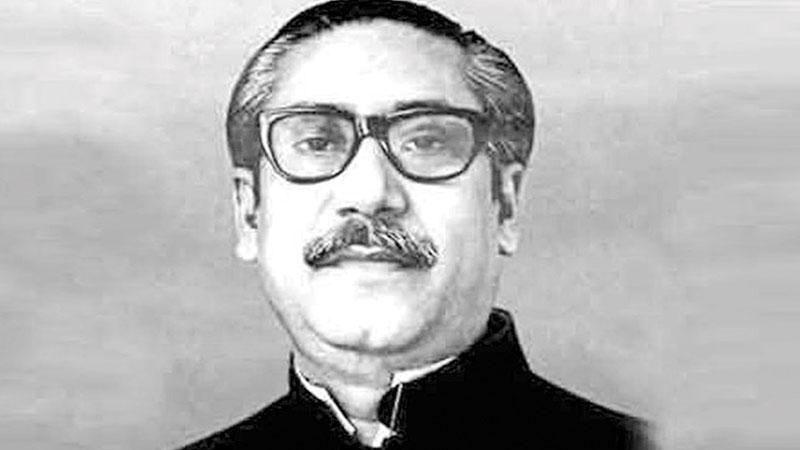 Today February 20 is 48 years of the visit by the architect of the Independent Bangladesh, Father of the Nation Bangabandhu Sheikh Mujibur Rahman to Ramgati.

For the first time on February 20, 1972 the great man's foot touched in the village of Char Poragacha in Ramgati upazila of Lakshmipur district. Even after 48 years of this event, there is still no memorial was built to preserve the memory of Bangabandhu.

It is reported that the Father of the Nation, Bangabandhu Sheikh Mujibur Rahman, arrived in a helicopter on the morning of February 20 in a helicopter. He then inaugurated the road construction work by voluntarily cutting the soil with his spade after a short speech. The road, which started at the hands of Bangabandhu, is now being used as the Ramgati-Noakhali regional road. And when the helicopter got off, the place where the foot of Bangabandhu first touched is called 'Sheikher Killa'. Various programs will be observed at the foot of the Sheikher Killa milestone on Thursday (Feb.20) in the afternoon of the 48th anniversary of the arrival of Bangabandhu at Ramgati.

It is learnt that the first ‘Cluster village’ of the country was built next to the fort. Land Minister Saifuzzaman Chowdhury Javed visited the Sheikher Kill’ on December 18 of 2019. Then decision was taken to rename the Sheikher Killa as Bangabandhu Sheikher Killa. At this time, the minister assured the construction of 'Bangabandhu Sheikher Killa Smriti Pillar', identifying the exact place of touching the feet of Bangabandhu. But no work has been started yet.
Locals said that 'Sheikher Killa milestone' was set up a few years ago by a non government organization ‘Dorp’ to highlight the history of the landmark event. It is attracting the attention of local and foreign pedestrians.

AHM Noman, the founder of the Dorp, heard the speech given by Bangabandhu on the day at Char Poragacha. When asked, he said that on that day Bangabandhu Sheikh Mujibur Rahman stood at the killah site and said in a loud voice, "We have to build the country, increase the production; we have to plant at least one tree in every house." The country shall have to be built up through voluntary work and the economic emancipation movement shall be intensified.

AHM Noman also said that setting up of a memorial pillar, tourist rest house, preserving the speech of Bangabandhu and setting a library at the site of the Killah is very important. This will increase the importance of the place and create a tourist area along the Meghna River.

Locally established Bangabandhu Sheikher Killa Memorial History Preservation Committee member secretary Momin Ullah said the area will be developed if the memory of Bangabandhu is protected. We strongly urge the government to erect monuments in the right place.