Bangladesh cricket team arrived Rajkot as if they have come in clean air from Delhi gas chamber. After conquering Delhi now it is ‘Mission Rajkot’. This city of Gujrat is completely different from the Indian capital. No sound pollution, no air pollution nor any suffocating environment! On Monday (Nov. 4) noon Bangladesh team arrived here.

The tigers have boarded in a local five star ‘Hotel Imperial’. However the first day was passed in rest. If everything remains ok then on Tuesday morning (Nov.5) the red-green shirt will go the field for practicing. The cricketers are expected to begin practicing at 10 o’clock at Sourastra Cricket Association ground. 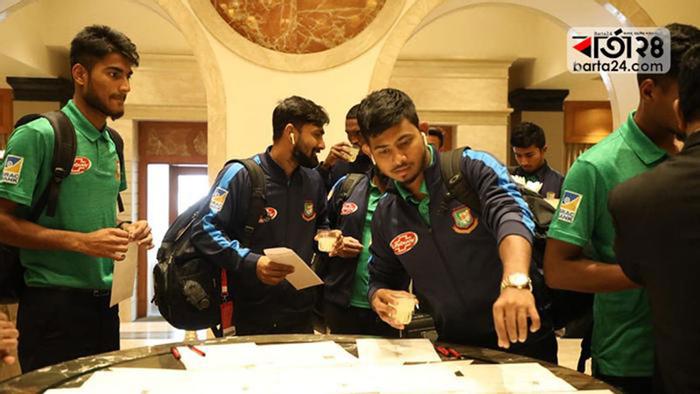 With a new vigor and confidence, the team is getting ready for another mission. It is not easy to get a win against India in their own ground. But Mushi -Soumya gong have done that on last Sunday night in Delhi’s Arun Jaitely Stadium. Mahmudullah Riyad took the challenge in absence of Shakib and Tamim.

Starting as underdogs the tigers are now favorites. If the tigers can win at Rajkot then the T20I series will be of Bangladesh team. However the tigers also know that the Indians will try to give reply more befittingly here. Captain Rohit Sharma is now under pressure getting defeat in the first match. 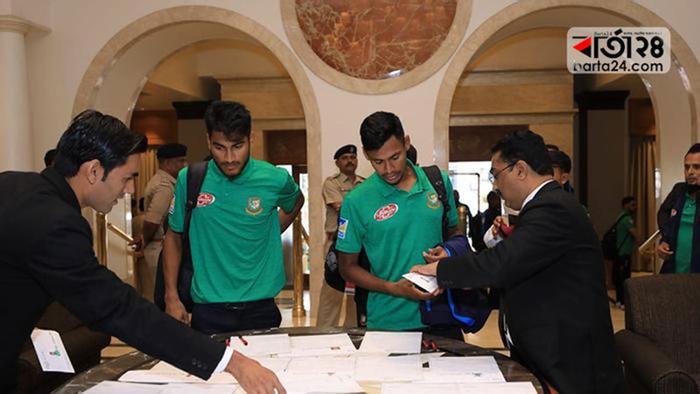 On Monday in every news paper there were criticisms of Indian batting line up. The news papers told that we were told that the team has been formed keeping the idea of 2020 T20I world cup. The think tanks formed team with relatively younger players. But what is their performance it was seen! The Indian team with a new vigor has also reached Rajkot to give a befitting reply. They are expected to come to practice at 2 pm.

But scares have loomed surrounding the match of Nov. 7. The sky of Rajkot was clear in the night of Monday. But on the day of the match the cyclone “Maha” might hit the city. If it happens so then the second T20I match will be cancelled. Rohit will not want that definitely.

If the last and third T20I is won by India then the trophy will be shared by the two teams.

New Zealand moves to final of the WC T20

Shakib’s World Cup mission is over