On Saturday (January 23) Deputy Commissioner of Faridpur Atul Sarkar handed over the house keys and land documents in Faridpur part as part of the national house and land distribution program.

At the same time, in 9 Upazillas of the district, houses and lands were provided to the genuine homeless among a total of 1,480 people as promised by the Prime Minister.

Earlier in the morning, the Deputy Commissioner Atul Sarkar visited a house built in Chondipur of Majhchar union in the Sadar Upazilla. Before handing over the keys of the house and land, through video conferencing was connected to the national program where the speech and programs of Prime Minister Sheikh Hasina were broadcast. 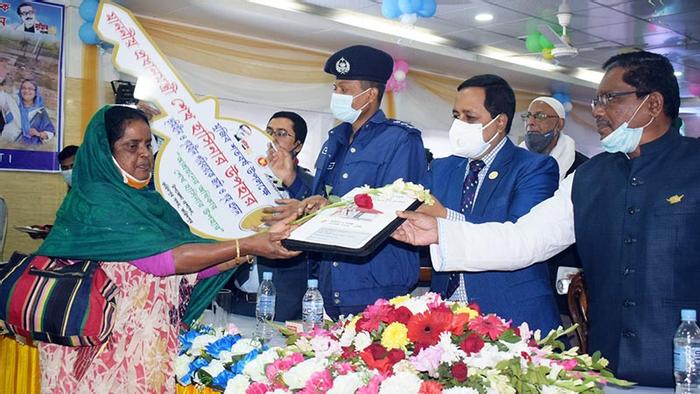 Besides, a total of 2,035 houses are being constructed in 3 phases. The total allocation for the construction of houses is 35 crore 61 lakh 25 thousand taka. It is to be noted that under the leadership of Deputy Commissioner Atul Sarkar, under the supervision of UNO and AC Land of nine upazillas, the ‘dream shelter’ of homeless people is being constructed. Local MPs, chairmen of upazillas and union parishads, various public representatives, local dignitaries and officials and employees of the field administration have played an important role in this housing project.

With the slogan 'Right to Shelter - Sheikh Hasina's Gift', the project will have two-room houses with modern facilities for every landless family in Faridpur district. A two-room semi-detached house is being built for each family. In addition to one house per family, 2 decimal land is being given. 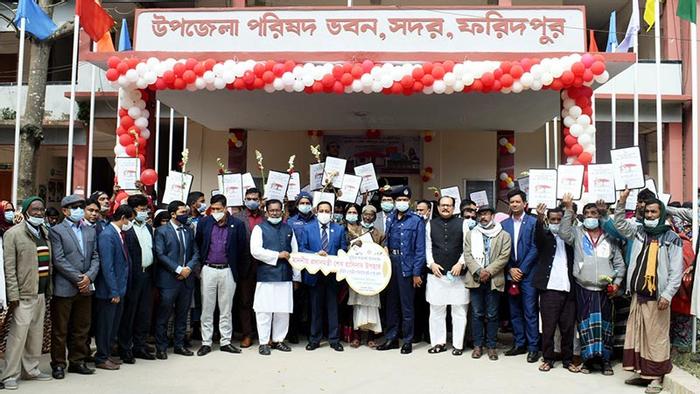 Few beneficiaries expressed to journalists their reaction after receiving house key and documents. One Shabana Begum, 70, a resident of Chondipur area, said ‘Sheikh's daughter had given me a house. I used to live in other’s house. There was no house. I used to live like that. It was very beneficial to get such a house.

Zahid Pramanik, 62, a resident of Chondipur area, said, “I used to live outside one's house. There was no house of my own. Now I got it. Our Prime Minister Sheikh Hasina has given me the house. I pray for her. Rokeya, 68, a resident of Kosha Gopalpur area, said she could not do anything in living other’s home. Now our Prime Minister has given a house. May Allah save her. Now I can keep chickens in this house. I can eat two eggs now by keeping chickens.

The country is preparing for vaccine production: Health Minister

‘Education’ is essential for women’s empowerment

The immortal poem of March 7 and the emergence of Bangladesh

Epic that shook the world!

‘No decision has been made to cancel Zia’s gallantry award’